Previous Photo
Back to overview 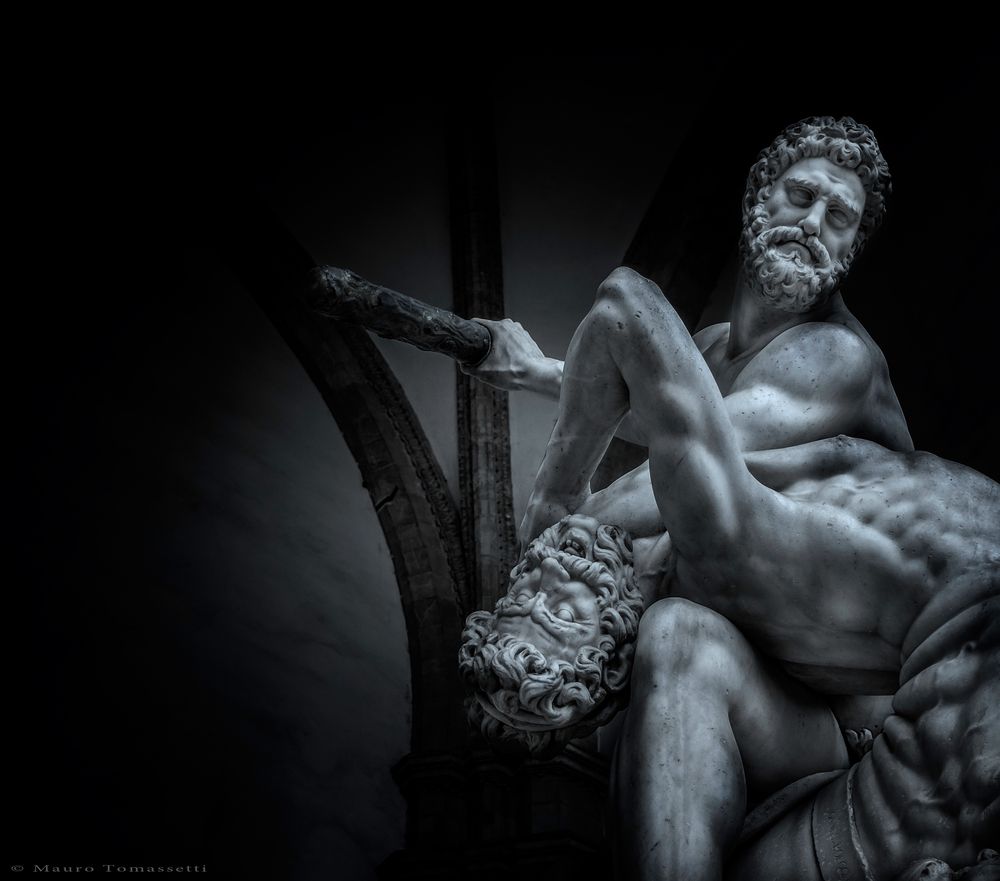 Nessus carried Hercules wife Deianeira across the river Euenos (he was the ferryman),
Then he tried to rape her. Very bad idea. Hercules saw this from across the river and shot an
arrow dipped in the poison of the Hydra into Nessus’ chest. Nessus, as he lay dying, told
Deianeira that his blood would ensure Hercules’ fidelity. She believed him, and when
she became worried, she dipped his shirt into the blood. Later, she spilled a little
on the floor and saw it fuming. She realized it was poison, but it was too late.
Although she sent a messenger to warn Hercules, he was already dying.