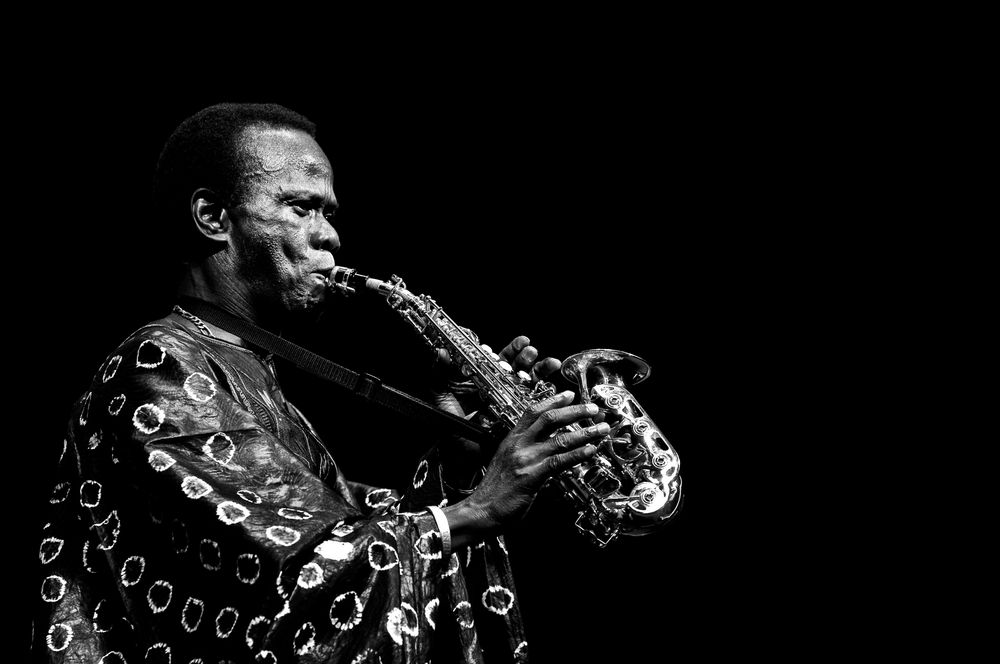 Pape Siriman Kanouté was born in Senegal, in the village of Koussanar, by an important and ancient family of Mandingo Griot. The Griot held a complex function and fundamental within the African society: the rites family, acted as justices of the peace, were keepers of oral culture, counselors of kings. Handed down their knowledge and their music from generation to generation through the notes of the instrument of their own ethnic group, in this case the Kora, the African harp. Kanouté has thus become an excellent player of Kora with which he performed alongside great musicians of international renown.

Graduated in saxophone at the National Conservatory of Music in Dakar, he joined the National Orchestra Senegalese, and learns the language of jazz, in contact with big names like Harry Bellafonte, Dizzy Gillespie, Manu Dibango, but also with Youssou N'Dour , Baba Maal, Ismael Lo and many others.

Arrives in Italy with the group of African-sauce Africando and decided to settle in Rome to spread the culture, the African tradition and the beautiful music of the Kora. Fonda, then, the group of Mande which plays music written and arranged by him, a mixture of popular music mandinga Senegal where, behind the sweet notes of the Kora and the background percussion, vibrate away suggestions of Afro-jazz. Like all of the west African musicians have been influenced by Latin American music and music indu, conveyed by Indian films are very common in that area of ​​Africa, easily identifiable elements in his compositions where there are both traditional African instruments, both Indian and Europeans.